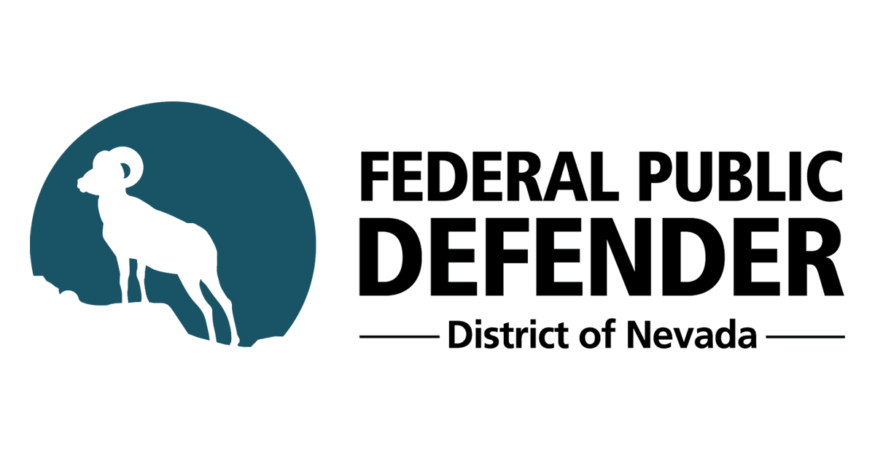 It is with deep sadness we report the untimely death of our client, Mr.
Brandon Patton, from COVID-19, while in the custody of the Nevada Southern Detention Center (NSDC). Mr. Patton was only 29 years old. He suffered from serious pre-existing health conditions, including Congestive Heart Failure, Chronic Obstructive Pulmonary Disease, Diabetes, and High Blood Pressure. These chronic conditions placed him in the category of those most vulnerable to COVID-19 related death. His attorney, Assistant Federal Public Defender Brandon Jaroch, fought repeatedly to keep him out of pretrial custody in order to prevent this tragedy.

Two emergency motions for Mr. Patton’s temporary release were filed—each describing the crowded and unsanitary conditions at NSDC, a for-profit private facility owned by CoreCivic and under contract with the U.S. Marshals Service. Mr. Jaroch urged Mr. Patton be released because he did “not deserve the death penalty,” a likely fate if he were to remain in custody. The U.S. Attorney’s Office vigorously opposed, stating “Patton’s characterization of confinement as ‘the death penalty’ is unfounded.” Despite opposing Mr. Patton being tested for COVID-19, the U.S. Attorney’s Office claimed Mr. Patton had “not contracted” COVID-19 inside NSDC or that if he had been infected with COVID-19, “he did not suffer from it.” The presiding Judge therefore ordered Mr. Patton to remain at NSDC.

When asked about the loss of his client, Mr. Jaroch said that he is “deeply saddened by this tragedy both personally and professionally.” Mr. Jaroch added that he “cannot imagine the pain the family must be feeling losing a son, brother, and father at such a young age, all without the opportunity to provide Brandon any comfort in his final moments or even say goodbye.”

Mr. Jaroch further stressed, “I hope Brandon’s struggle with the agonizing complications of COVID-19 will bring a heightened awareness to the substantially increased risks incarcerated persons with serious medical vulnerabilities face when they cannot take any additional precautions to protect themselves. This case should also bring more attention to the plight of families who are unable to freely communicate with healthcare providers or be present with their loved ones in their final moments.”

The conditions inside NSDC were and continue to be unacceptable. For seven months, our office has argued for the release of people detained pretrial in NSDC who are medically vulnerable to serious health complications and death from COVID-19. Because many vulnerable individuals remain incarcerated, in August, the Office of the Federal Public Defender filed a petition for habeas corpus and injunctive relief against NSDC for failing to test, failing to clean and sanitize, placing infected detainees in solitary confinement, and creating an overall inhumane and unsanitary environment. The petition is pending.

Mr. Patton’s health conditions made death a predictable outcome if he contracted COVID-19. His death was avoidable. Rene Valladares, Federal Public Defender for the District of Nevada, states, “every public defender grieves the loss of Mr. Patton, who is survived by his two children, twin brother, two sisters, and parents.”